Let’s have a look at some of the most important changes carried out this month and a sneak peek of what’s in plan for the future. 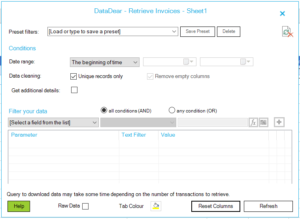 The journals data table functionality was improved to allow easier access to downloading journals and using the filters. 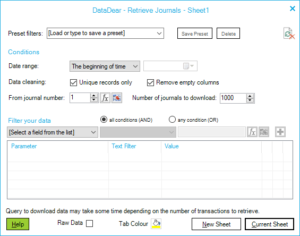 For more information on how to use the Xero journals data table, a knowledgeable article has been published.

The DataDear API, is gaining some interesting momentum – a new web page for developers has been published to showcase the advantages of using this api.

A number of bugs and performance updates have also been fixed and released including:

The integration to QuickBooks Online has been upgraded to beta – several functionality has been included:

Planned Releases for the next 90 days

A small peak at some of the product releases planned in the coming months – some are more complex than others and require a longer development cycle.

The integration with QuickBooks will be completed with the ability to POST in bulk – the first release will have the option to post journals and eventually there will be the edit functionality.  Other templates will follow.

A new report will be developed to facilitate the generation of batch bills for payments to be imported into your banking application.

A DataDear API pack will be compiled to assist developers who wish to make use of the DataDear engine.

That’s it for this month – let us know what you think!